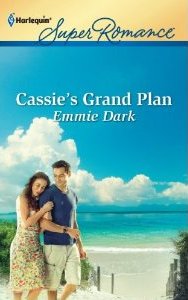 
Four steps to a brand-new life
Cassie Hartman knows what she needs to do to get her life under control. First, she’ll get herself promoted. Then she’ll update her appearance. Steps three and four—marriage and family—well, those will have to wait.
Then Ronan McGuire shows up. The too-sexy, too-polished business consultant has the power to derail Cassie’s plans before she’s even really started. If he doesn’t approve her promotion, she’ll be back to square one—and that’s not an option. Cassie needs to keep her focus on that first step, no matter how much Ronan tempts her to skip ahead to the third and fourth ones….
Publisher: Harlequin (March 6, 2012)

CASSIE’S GRAND PLAN by debut author Emmie Dark is a March 2012 release from Harlequin Super Romance.
Cassie Hartman had a plan- to get promoted, get her appearance updated then get married and have a family!
Ronan McGuire was distracting her plans. He was here to get her fired, wasn’t he? So what was his place in Cassie’s plan? Can she trust him after his betrayal?
Ronan had to work extra hard all the way up the corporate ladder to prove himself to his father, would he lose all for Cassie now?
CASSIE’S GRAND PLAN is a sensational romance with a strong heroine in Cassie, snappy dialogue and tender sweet and exciting moments. Emmie Dark has written a superb, engrossing and fascinating romance which kept my interest reverted from the very beginning.
Posted by Romance Book Paradise at 15:14

Taking Your Name Out There!

Get Your Copy of CASSIE'S GRAND PLAN here! 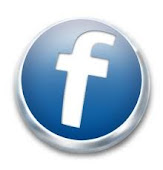